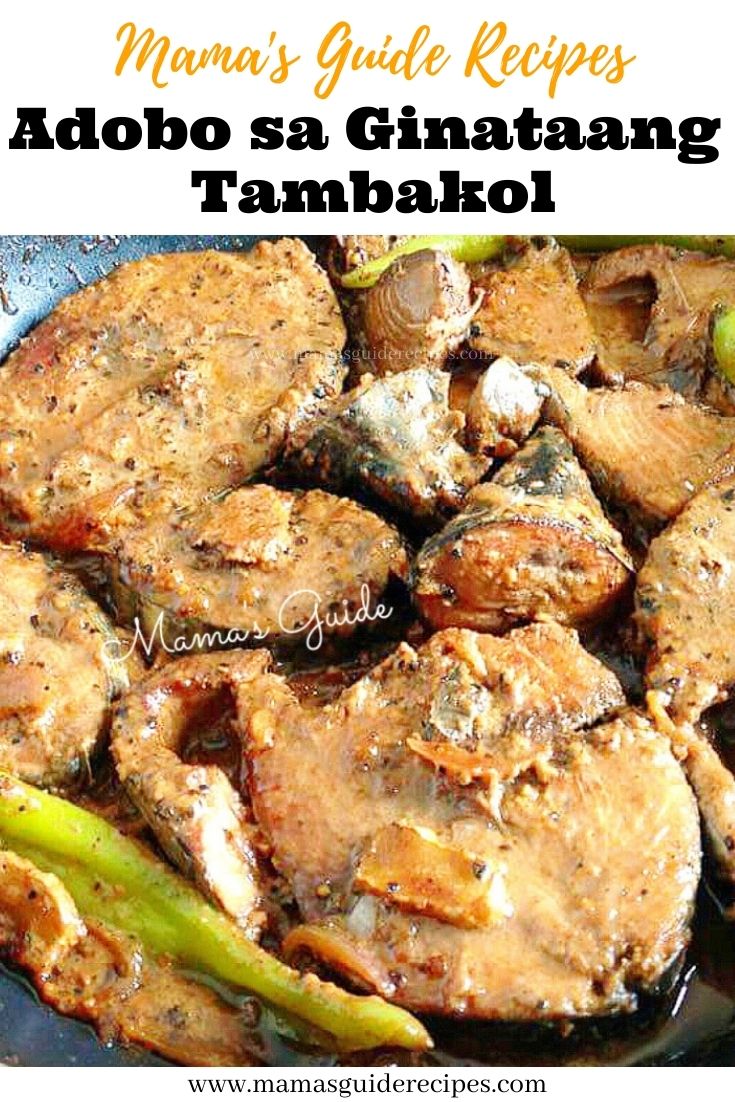 INSTRUCTIONS:
1. Clean tambakol thoroughly in running water. Remove the innards like the intestines and gills. Season the fish with salt. Slice in serving sizes.

2. In a pan, fry the tambakol fish until slightly brownish in color. Drain from oil and set aside.

3. Using the same oil from frying tambakol about 2-3 tbsp only. Saute garlic, onion and ginger until cooked.

5. Add fried tambakol slices and simmer in low heat until sauce is thick and the sauce is almost absorbed by the fish (intensifying the flavor of soy sauce and coconut milk)