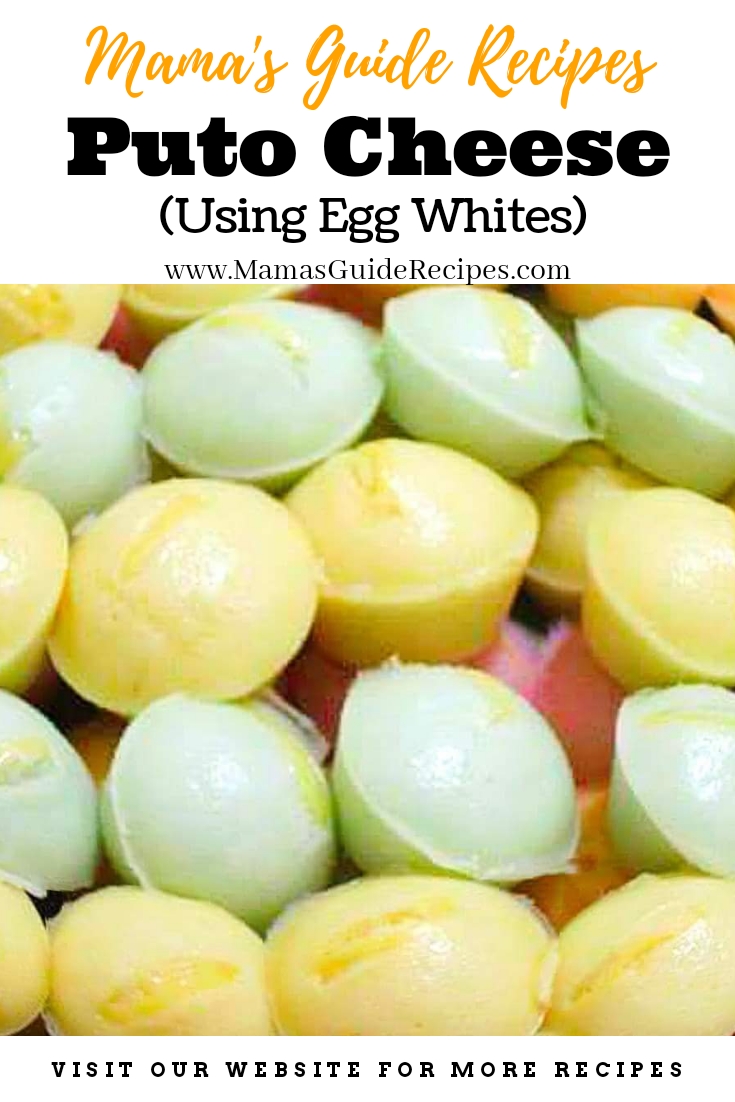 If you got some extra egg whites and don’t know where to use it.. I’ve got good news for you! You may use those extra eggs to make puto instead of just wasting it. This Puto Cheese is basically made from egg whites and cake flour.

1. Fill bottom layer of aluminum steamer with water (half of pot) and set over high fire. Keep covered.

2. Brush puto molder with butter or margarine or vegetable oil.

3. In a bowl, combine cake flour, sugar, baking powder and salt then sift 3 times. Set aside.

4. In a mixing bowl, pour water, egg whites and fresh milk. Mix at low speed until incorporated. Or manually whisk it if there’s is no mixer, it’s ok. (approximately 5 minutes)

5. Add the sifted dry ingredients and blend until mixture is smooth

6. Strain the batter into another bowl to ensure that there are no lumps.

7. Fill 3/4 of the prepared puto molders with batter. Place cheese on top of mixture.

8. Once water is rolling boiling, remove the cover and arranged the puto molders in the steamer. Place cheesecloth over the steamer before putting back the lid.

10. Once puto is cooked, remove from the steamer and allow them to cool for at least 30 seconds before removing from molders.